Sens pulled through for a net positive night after the Flames/Habs disappointed like most of the games. It’s been a bad few days for overs bettors but I don’t think it stays that way for long. The scoring pace of some teams was just so ridiculous, it had to regress somewhat.

Before you even read, no I have nothing for the Leafs game. There is nothing of value in that game.

We get a pick-em in Buffalo, as two of the highest scoring teams meet. With both teams in the top 10 for scoring and bottom 5 for GAA, we can expect to see some fire works tonight.

Tage Thompson has cooled off after his 5 goal beat down he gave to Columbus, but with the pace I expect to see in this game I would think he gets his name on the score sheet a few times. LA will be starting Pheonix Copley who, in his small sample size, has played fairly well but this will certainly be his toughest test to date.

No Skinner for the Sabres but with the explosion of depth scoring from them I don’t see it effecting their ability to put points up.

The B’s are still red hot even after finally losing a game on home ice. I like their chances to cover tonight as the Isles will be starting Varlamov, and have some key players as game time decisions. Varlamov has been solid but the shot disparity tonight could prove to be too much.

In the last 5 the Bruins have outshot opponents by 10 on average, while the Islanders have been outshot by 5 on average. With the possible injuries to the Islanders line up I expect that differential to continue on both sides, even if Krejci is out for the Bruins.

Another mention is that Boston is 1st in both Goals For and Goals Against this season, just another reason to like this play.

I love this spot for the Jets. Home ice against a fairly banged up Vegas squad. Eichel is now out of the line up, dealing another blow to their offense. While the Vegas injuries are a factor, the key for this play is Connor Hellebuyck.

I know I talk about him a ton but it’s with good reason, he’s unreal. Arguably the best goalie in the league right now, he allows on 1.59 goals a game with a .949 SV% in his home barn. Add to it the Jets 90% success rate on the penalty kill and they should be able to handle this game.

Vegas has won their two previous match ups this year, but both of those were in Vegas giving the Knights an upper hand there. I like the Jets tonight to win in regulation, but if you’re fine with the money line payout then I’d certainly take that.

Winnipeg Jets to Win in Regulation (+110)

Colorado is finally starting to get some of their big dogs back, and should have a field day against Felix Sandstrom. Both back up goalies are getting the green light tonight, making the over of 6 very attainable. I think the books are mispricing this a smidge as Colorado still gets it’s goal scorers back, and with how poor Sandstrom has been this year getting the over at +100 makes it all the better.

As I said, overs have been terrible lately, but with the return of Colorados top players I expect them to put up some goals on a poor goaltender, and wouldn’t be surprised to see Philly squeak one in. 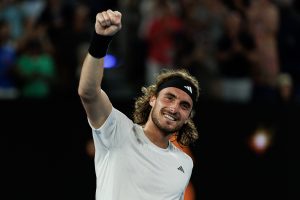