The Atlanta Falcons have now won 3 of their last 4 games beating the San Francisco 49ers last week. Atlanta was in control from the start and shut out the 49ers in the second half. A.J. Terrell has shut down the opposing team’s WR1s each week. Davante Adams, Cooper Kupp, DJ Moore, AJ Brown, and DK Metcalf have combined for only 17 catches for 172 yards. This week Ja’Marr Chase gets his crack vs All-pro corner A.J. Terrell. Terrell did exit late in the game due to injury so this is news to monitor as the week continues. Caleb Huntley and Tyler Allgeier split carries 16/15 last week and I would expect more of the same going forward. Mariota only completed 13 passes in the game for 129 yards and two touchdowns. Drake London caught 3 passes for 40 yards and Olamide Zaccheaus hauled in 4 for 58 yards. Kyle Pitts caught 3 passes for 19 yards but did finally find the endzone. It’s hard to play this passing game with the limited about of attempts that Mariota is getting.

Joe Burrow and Ja’Marr Chase returned to the Superdome last week and found themselves in the winner’s circle again. It was a late 60-yard touchdown pass from Burrow to Chase that ended up being the winning play, which allowed the Bengals to get the comeback win. Chase caught 7 of 10 targets from Burrow for 132 yards and two touchdowns. Tee Higgins, who was questionable to play ended up suiting up and caught 6 of 10 targets for 47 yards. Tyler Boyd also caught 6 passes for 66 yards. Joe Mixon saw his lowest rushing attempts of the season carrying the ball only 8 times for 45 yards. He was active in the passing game catching 4 passes for 23 yards and one touchdown. Mixon’s carries have been trending downward in his previous two games and are something to monitor going forward.

The game total in this matchup has already moved up 3 points from the open to 47.5. If A.J. Terrell is able to play for the Falcons I will have interest in getting exposure to Tee Higgins. WR2s have had very good success vs Atlanta this season and Higgins could have a ceiling game here. Joe Mixon has a nice matchup here as well to bounce back. Nick Chubb and Leonard Fournette recently had big games vs Atlanta and this could be a Mixon smash spot.

Ja’Marr Chase, CIN – $8,200 on DraftKings. Chase finally found the endzone last week for the first time in 3 games. Chase is averaging 10.5 targets on the year and is Burrow’s clear top option.

Joe Mixon, CIN – $7,000 on DraftKings. Mixon is a great GPP option and has been coming in lower-owned recently. The Cardinals have been beatable on the ground giving up a couple of big games to opposing RBs.

Drake London, ATL – $5,800 on DraftKings. London has the 4th highest target share over the last four weeks in the NFL at 32%. 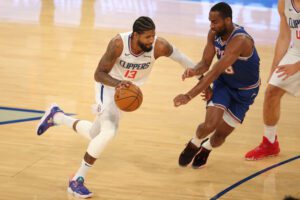 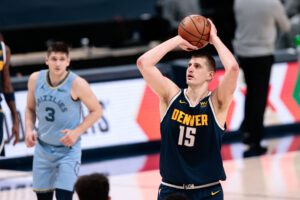