This game could surely end up being one of the winning DFS stacks of the weekend so I will surely have interest in this game. Last week the Commanders gave up 36 total points to the Lions so the Eagles will definitely have their opportunity to cook on the road. The Eagles looked much better defensively only allowing 7 points to the Vikings this last Monday but in Week 1, the Eagles gave up 38 points to the Lions so I am not totally convinced of what kind of defense they will be.

On the Eagles side, Jalen Hurts (7.6K) will be able to dictate the pace of the offense and pick and choose his spots. He will surely garner the most ownership on the Eagles side and rightfully so as he is a dual threat. Miles Sanders (5.5K) is still priced too cheap and is the clear lead back. He led the group in carries with 17 last week while Boston Scott (4.7K) had 4 and Kenneth Gainwell (5K) had 2. The PHI receiving targets were also much more spread around this week instead of all being concentrated on A.J. Brown (7.3K). Brown had 8 targets, DeVonta Smith (5.2K) had 7, and Dallas Goedert (4.7K) had 6. I still prefer Brown of the bunch if I had my choice but it does make it a bit more tricky that the others are now getting more involved.

On the Commanders side, Carson Wentz (6.3K) has now put up 2 30+ FPT performances and has attempted over 40 passes in each game so far. I would expect more of the same here so he makes for an interesting target at very low ownership. I don’t think I will have much interest in the running back group Antonio Gibson (6.4K) and J.D. McKissic (5.3K) as I think the receiving core from Washington is much more attractive. Like Philly, their target share was also spread across quite evenly last week with Curtis Samuel (5.1K) still leading the team with 9 targets, but Terry McLaurin (6.4K) followed closely behind with 8, J.D. McKissic with 7, Jahan Dotson (4.6K) with 5, and Logan Thomas (3.5K) with 5. I will likely have interest in double/single stacks with the QBs on both sides of this game.

Jalen Hurts, PHI – $7,600 on DraftKings. Coming off of a monstrous 37 FPT performance against the Vikings last week, Hurts is only the 4th most expensive QB on the slate and can easily match the upside of anyone on the slate with his ability to run and throw.

Carson Wentz, ATL – $6,300 on DraftKings. I am not going to ignore the fact that Carson Wentz has thrown 40+ times in 2 straight games. At sub 5% ownership, consider me interested in tournaments.

Miles Sanders, PHI – $5,500 on DraftKings. Still too cheap of a tag for someone who is clearly the RB1 in this Philly offense. Had 17 carries for 80 yards last week and even got 3 targets in the passing game. If he converts for a TD, he crushes this tag with that production. 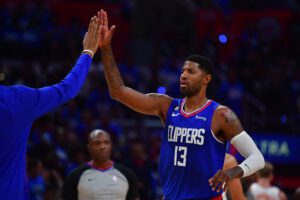