We have two 1-2 ACC teams meeting up head to head here. The bigger underachiever here by far though has been Louisville. It’d be crazy if this team started 1-3 with their schedule, but it’s certainly realistic at this point. Let’s dive into this game and talk on Georgia Tech first.

This Tech team is still into a rebuild post triple-option and have shown some bright spots. Jeff Sims has proven a very capable dual-threat QB and Jahmyr Gibbs has turned into a stud out of the backfield. There is a few weapons on the outside too, but this team is truly run first. What’s been a new wrinkle for Tech has been the elevated pace from them this year with Sims under center. While this team lacks explosive plays, they can quickly get chunk plays and are often quick back to the line. The biggest issue is Sims’s interceptions. He has 8 already in this young season and is a true freshman, but these TOs have certainly cost Tech potential wins. Tech has played FSU, UCF, and an underrated Syracuse defense, so an argument can easily be made that this Louisville team is the softest defense Tech will have seen this year up to this point. I like Sims and company to move the ball on offense with consistency and barring extra TOs, they should relatively compete here. Worth noting, Louisville only has 1 INT this season, so they haven’t exactly been ball hawking in that secondary either.

Louisville has certainly underperformed thus far. They brought back their talented QB, RB and absolute stud WR in Tutu Atwell. Malik Cunningham runs this offense from the QB position and he’ll really look to get back on track here vs this soft Tech defense. Louisville also loves to run Javian Hawkins who is a very talented running back. Coming off their Pittsburgh game where they were in quicksand throughout, this will be much easier to move the ball downfield in chunks. Tech has shown little resistance in their 3 games thus far. I expect this offense to get back on track tonight and perform very well with the soft match-up.

Both teams here play at a very fast pace. Tech is averaging over 80 plays per game and Louisville who’s at only 73 plays per game is misleading because Pittsburgh slowed the game to a crawl where Louisville only ran 58 total plays. In Louisville’s other two games, they averaged over 80 plays per game. As noted, both teams will speed each-other up, so I’d expect sub 80 plays ran from both here and if both hit their season average of 5.6 yards per play, we’re looking at over 450 yards for both squads. When you factor in that this is the softest defense both teams will have seen this year, those numbers should only bolster.

As for weather for tonight, weather is expected in the low 70s and cloudy with a slight chance of rain and 10-12 mph winds. I don’t consider any of this to negate a game over. Should be good football weather.

This may be a “must-win” for Louisville, but Tech is certainly competent offensively to keep pace. This is your typical get right spot for a team like Louisville in this spot, but Tech’s firepower scares me here. This is why my favorite bet in this game is the over 64.5. I do not love this line, so it’s only going to be a 1/2 unit play for me. I’ll have 4 total plays up for tomorrow (already have 2), but this game I’ll take it lighter. 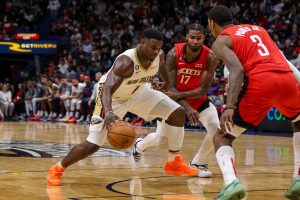 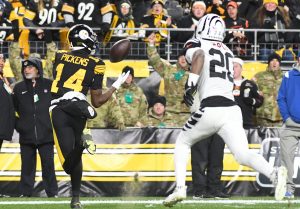