Matt Ryan threw for 300+ yards for the 3rd time in his last 4 games last week vs the Saints. After putting up an airball last week Russell Gage led the team in targets with 8, catching 7 for 64 yards. Patterson and Davis split carries evenly carrying the ball 9 times each. Patterson did lead the team in receiving yards catching all 6 of his targets for 126 yards with the majority of it coming off a 64-yard catch and run. Kyle Pitts saw 7 targets but only hauled in 3 of them for 62 yards. Olamide Zaccheaus made the most of his 3 targets catching 2 touchdowns and totaling 58 yards. This Atlanta team presents a solid high upside stack here and I would look to target Ryan – Pitts – Gage for a total price of $16,800.

The Cowboys come off their worst performance of the season. It appeared they were overlooking the Broncos and were down 30-0 before scoring a couple of late touchdowns. Dallas is once again a big favorite here and I expect a big bounce-back performance here. Ezekiel Elliott missed part of the game due to injury but did return late in the game. Elliott knows he must be out there, or Tony Pollard might pass him up as many believe he is the better back. Dak only completed 48% of his passes, which was his worst percentage in over 2 years. CeeDee Lamb led the team in targets with 9 but only brought in 2 for 23 yards. Dalton Schultz led the team in receiving yards with 54 on 4 catches. This looks to be a prime spot for a Cowboys stack to go off and be on the winner Sunday.

The total in this game has already moved 3 points in favor of the over as it opened at 51.5 points and now sits at 54.5 points. This game sits as the highest total on the slate. Both of these defenses have been attackable through the air this year. I feel like we can stack this game up a number of ways going with both Ryan or Dak. Matt Ryan is 900 cheaper than Dak and should come in with lower ownership. Both tight ends are fairly priced in the 5K range. Amari Cooper is 800 cheaper than Lamb and should soak up more ownership. I would be looking to pair up two of Cooper – Lamb – Schultz and fully stack up this game. For larger field GPPs such as the Milly maker, I like Cedrick Wilson as a punt at $3,500 he has 15 targets in the past 3 games.

Russell Gage, ATL – $5,000 on DraftKings. Gage and Pitts are the are the 2 pass catchers I will be targeting in-game stacks. In 3 of 4 games, Gage has seen 6 or more targets and should be leaned on in this potential shootout.

Kyle Pitts, ATL – $5,800 on DraftKings. Gage and Pitts are the are the 2 pass catchers I will be targeting in-game stacks. Pitts is averaging over 7 targets in his last 5 games and has shown a 25+ point ceiling twice this year. 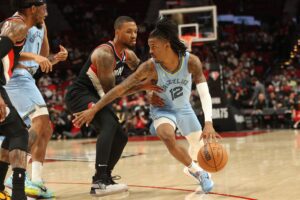 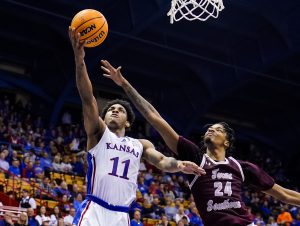 A brutal 0-4 day yesterday on the college basketball slat. It was a dismal performance, but likely it’s a new day 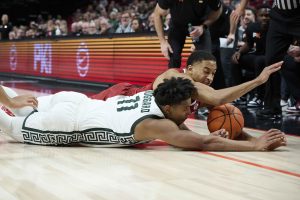