What is up Run Pure Sports Fam! This article will focus on the “fundamental basics” of NBA DFS (Daily Fantasy Sports) on both DraftKings and FanDuel. If you read the Trust the Process article for the NFL, most of this content will be familiar for you apart from a few of the main things that differentiate NBA DFS from NFL DFS. We will discuss these topics in the later portion of this article so feel free to skip the first few sections if you have already read the same topics in the NFL article.

As always, the aim is to provide some basic insight on what contests you should be entering based on what type of player you are aspiring to be within Daily Fantasy Sports. We will discuss the strategy and correlation rules (if any) for those contests, and how to best use our content that will help lead to your success for the year ahead in the NBA.

In Daily Fantasy Sports, there are 2 main types of contests, one being referred to as GPPs (Guaranteed Prize Pools), and the other being called Cash Games.

If you are new to Daily Fantasy Sports, I would recommend that you try each type of contest and see what suits you and your long-term goals as each has its pros and cons. For example, if your focus is just to play GPPs, it is not realistic to hit the big prize every night. Most GPP players strive to win that prize once or twice a year at the most so that is something to keep in mind. Cash Games allow for more steady cash rates, but you only have a shot at 2xing your money on a nightly basis.

Depending on what you want to achieve, whether it may be to just play Daily Fantasy Sports for fun, or aim to build a steady income with it, that will determine which type of contests you want to enter into. We have experts in each category who you can consult if you have any questions such as Hoop/Mangone/Titletown for Cash Games, and BigT/JSU/AP/Tambo/DraftCheat and more for GPPs.

CASH GAME STRATEGY – In Cash Games, the goal is to put together a lineup of players who are steady/consistent, and have good value when it comes to their price per dollar in your lineup. Usually these are the “chalk” players, also known as the plays that come with the most ownership. These players come with the most ownership because in theory, these plays will be the best play on paper (aka play the best plays).

Players who are priced incorrectly whether it be through injuries to the starters in front of them, or a role change, these are the generally ones you want to target for your Cash lineup. Players who are also in beneficial matchups, such as games with high totals, those players can also be considered for Cash Games.

GPP STRATEGY – In GPPs, majority of the money goes to the top 1% of finishers. When building out a GPP lineup, it is important to know that you should be playing for 1st place in these tournaments. Instead of building for safety/consistency like you would in a cash lineup, you want to be building a lineup that you believe has enough upside to place first in the contest.

Having a combination of both steady/consistent plays (chalk) with some low owned plays which have boom/bust upside are the keys to building out a GPP winning lineup.

One of the most important things in NBA Daily Fantasy Sports is reacting to news regarding things such as injury, rest, and starting lineup changes. The first thing I would do before the NBA season starts is to follow the Underdog NBA Twitter account and turn on the alerts. This account will tweet out any suspected injuries to players, as well as the confirmed starting lineups for each game before tip. This will be critical in understanding what players are potentially the best plays and have the best opportunity on paper.

For example, LaMelo Ball was diagnosed with a Grade 2 ankle sprain on October 11th and is expected to miss start of regular season. This will immediately open up a starting position for the Hornets and a ton of usage that LaMelo leaves behind. Will they start Terry Rozier at Point Guard and move someone like Cody Martin into the starting lineup at Shooting Guard? Or will they give James Bouknight or Dennis Smith Jr. a shot at running the team?

Another example that applies to opening night is that Robert Williams will be out due to a knee injury until mid-November. Generally he has been starting alongside Al Horford for the Celtics so now, Grant Williams who is priced at $3,900 on DraftKings will likely slide into the starting lineup. This will make him a strong value play on paper that we need to consider on opening night as he should be in line for majority of the minutes. The domino effects that occur due to these injuries will be key to finding strong plays to build out your DFS lineup.

Another news item that we need to pay attention to during the season is when players are out due to rest. We live in an era where players such as LeBron James and Luka Doncic have scheduled or random “rest” days in order to maximize their potential throughout the long season and into the playoffs. Being cognitive of when this will happen will help guide us into strong plays. For example if LeBron James is out for rest, Anthony Davis will then become an elite play. Similarly if Luka Doncic is out, Spencer Dinwiddie will garner all of his usage and become a great play as well.

These are just basic examples so that you get an idea of how to think through certain scenarios that will help you be successful in NBA DFS. By following different beat reporters and news sources, we will be able to get the news of how teams will adapt to the injuries that arise during an NBA season and adjust our fantasy lineups accordingly.

There is a saying that news is king in the NBA, and I believe that to be 100% true so we need to do our due diligence in order to gain edges over the field. Our coordinators will be in discord on a nightly basis to help assist with this as well as our Up To Lock show. However, it is always a plus when you are aware of things on your own and can be prepared in advance.

Correlation is a lot less important in NBA DFS than it is in NFL DFS, however, it is something that I like to take advantage of when the opportunity presents itself. Let us use the above example where somehow magically the Dallas Mavericks and Los Angeles Lakers are playing each other one night and LeBron James and Luka Doncic are out for rest. I would make it an emphasis to correlate Anthony Davis and Spencer Dinwiddie as those two would be the primary benefactors of LeBron and Luka sitting out.

Similarly, if the Portland Trail Blazers are playing the Memphis Grizzlies one night, I would consider pairing Damian Lillard and Ja Morant together in a lineup. It is my belief that these “studs” can push each other to ceiling games. Sure Lillard or Morant can get there by themselves, but in a close game, it is likely that the stars from each side are going back and forth producing fantasy points. Maybe you even get lucky and get an overtime game which would be a cherry on top and mean even more fantasy points for your correlated stars.

Again, some nights this may not be possible due to salary constraints or team specific matchups, but is something that I do consider to help elevate the ceiling of my lineup. In NBA DFS, you don’t need to correlate your entire lineup. I just try to have like 1 mini-correlation like the ones I wrote about above if I can.

At Run Pure Sports, we have a plethora of tools at your disposal which can help you succeed in the Daily Fantasy Sports streets. Here is a basic summary of some of the tools we offer below:

PLAYBOOK – The playbook will break down each game on the slate as well as the top options that we classify as “Building Blocks”, “Leverage/GPP Considerations”, and “Values”. This will all be displayed in a very user friendly manner on a single page which makes the slate easy to digest.

CORE PLAYS – The Core Plays page will show you the exact plays that our analysts are playing in their main team and/or are overweight on in their MME pools.

GPP & CASH PLAYER POOLS – Our analysts like BigT will post their entire GPP player pool on the site so that you can get an idea of what direction they are headed for on a given slate. We will also provide a player pool for cash games which you can use to build out your cash team or even fill in the missing gaps of your GPP team.

HEAT MAPS – AP’s DraftKings Heat Map will be back once again for the NBA season which helps illustrate the best plays on the slate from a high level point of view. We will be also adding a FanDuel specific Heat Map which will be ran by Glockoma this year to help players of both sites.

PROJECTIONS – Projections will be provided for every player on the slate and updated based on any news that occurs.

LIVE SHOWS – Our team brings top analysis and advice live to you with free and premium shows 7 days a week. This includes our “Up To Lock” show which will lead you up until contest lock and will help you react to any news that may break to assist in building out your lineups in real time.

DISCORD – Our analysts answer questions, provide notes, and analysis direct to members in real time through our Discord server.

CREATE YOUR OWN PROCESS

It is important to create your own process and find out what works for you. What works for you won’t necessarily work for another DFS (Daily Fantasy Sports) player, or vice versa. You have to experiment with the tools through trial and error and figure out what ultimately leads you to success.

For example, some people may use the Playbook to formulate their player pool for the night. Others may use the Cores Plays, or a coordinator’s Player Pool such as BigT. Some people may build out a lineup before even looking at any of the content and then use the content such as the Heat Map or Projections as a reinforcement tool to confirm if they are on the right track. Some people watch the Live Shows before looking into anything and then start building.

Regardless, it will always vary player to player so that is why it is best to figure out what works best for you. We provide you with the tools, it is up to you to digest it in a way that leads to your success!

TRUST THE PROCESS: HOW TO WIN ON DRAFTKINGS NBA 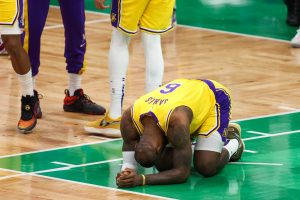