The 6-1 Demon Deacons head to Louisville to battle the Cardinals. Wake Forest has been climbing the rankings all season, proving to be a real force.

Their only loss came against Clemson, who they took to overtime before falling 51 – 54.

After this week, Wake Forest plays NC State, UNC, and then Syracuse. If they can run the table, and someone can serve Clemson an L, Wake Forest will be a playoff bubble team. Of course, that’s a lot they have to accomplish, but anything can happen.

While it’s a long shot, they are well aware of what’s at stake in the coming weeks. So with the playoffs within their sights, they will make the Cardinals a speedbump in their path to LA.

The undefeated Buckeyes head to Pennsylvania to take on the Lions. Penn State looks to move up the rankings, but Ohio state is on a quest to return to the College Football Playoffs.

Penn has been floating around the ten spot for most of the year, but a win against Ohio State would make up for their loss against Michigan.

However, that matters very little, as they stand no chance against this dominant Ohio team. The Buckeyes haven’t just been winning; they’ve been winning ugly all season long. Week 1, they edged out Notre Dame 21 – 10, but every game after that has been won by twenty-nine points or more.

The College Football rankings are a fickle business, as no matter what happens in this game or the next four, Ohio’s season will come down to their matchup against Michigan. If they lose this game and win that one, they should still be in the playoffs.

However, Ohio is in no danger of losing, but they won’t cover. Ohio State has won nine of the last ten meetings against the Lions, but Penn State has covered five of the previous six. They play the Buckeyes tough and play to cover. 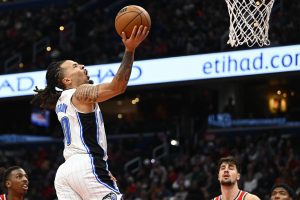