Cincinnati improved to 4-2 last week beating up on the Lions 34-11. Ja’Marr Chase continues to be the alpha for this team and now has 553 receiving yards, which is the second-highest total by a rookie in his first six games. He has also had a catch of 40+ yards in 5 of 6 games this season. Joe Mixon was ultra-productive both on the ground carrying the ball 18 times for 94 yards and caught 5 passes for 59 yards and a touchdown. Tee Higgins saw 6 targets, catching 3 for 44 yards and both Uzomah and Boyd each had 3 targets. Joe Burrow was sacked 2 times this week, bringing his total to 22 times sacked through 6 games. The Bengals need to do a better job protecting him or he will end up injured again this season.

The Ravens come off a dominant performance vs the surging Chargers to win 34-6. It was a frustrating game for Lamar Jackson owners as Brown dropped another TD and 3 ball carriers not named Lamar had rushing TDs. 4 different players had 8 or more carries for the Ravens making it very tough to project going forward. Mark Andrews had another solid outing catching 5 of his 6 targets for 68 yards and a touchdown. The rookie Rashod Bateman saw his first action of the season catching 4 of his 6 targets for 29 yards on his 45 snaps played. Slight price increase for Bateman here as his production should only rise from here. I think Bateman has the ability to be the #1 target in this offense as the season continues.

The total for this game opened at 48 and was bet down to 47 early in the week. The Ravens defense is getting healthier and played much better last week limiting Justin Herbert to season lows of passing yards (195), and completion percentage (56). With that said this game still has all the makings of a shootout if Burrow can stay upright. The Bengals defense has given up 20+ points in 4 of 6 games.

Lamar Jackson, BAL – $7,400 on DraftKings. Jackson was a very popular target last week but a bad game script and bad touchdown variance crushed his ceiling. LJ is in just as good of a spot this week and his price stayed the same.

Rashod Bateman, BAL – $3,400 on DraftKings. Bateman now has a game under his belt and the price tag remains too cheap for his production and ceiling in this offense. He should quickly move into a more dominant role as the season continues and I want to target him before the price spikes.

Ja’Marr Chase, CIN – $6,200 on DraftKings. Chase gets a $500 price drop this week but remains the team’s alpha. I’ve talked him up since the preseason and I love his upside going forward. 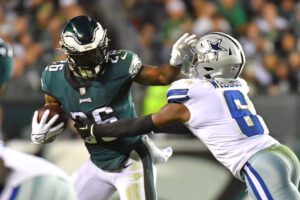 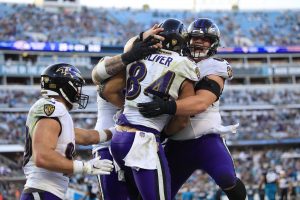 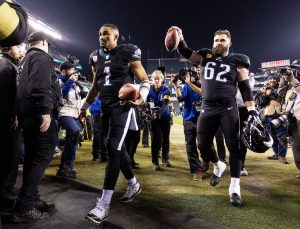 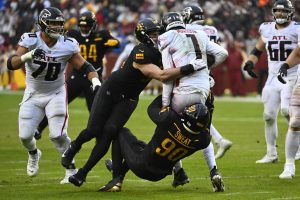